Standing on the Side of Love

“No longer may this liberty be denied.  No union is more profound than marriage, for it embodies the highest ideals of love, fidelity, devotion, sacrifice and family. In forming a marital union, two people become something greater than once they were.” Supreme Court Justice, Anthony Kennedy, for majority, in Obergefell et al. vs Hodges, landmark decision overturning gay marriage ban

It is with great joy that we take our place among the thousands celebrating the decision of the U.S. Supreme Court to end, nationwide, the ban on gay marriage, and share here, on the most apropos of days, the start of the annual LGBT Pride weekend here in Tampa Bay,  the statement of UUA President Peter Morales:

“Today the U.S. Supreme Court stood on the side of love with its 5 to 4 decision in Obergefell v. Hodgesestablishing federal recognition of same-sex marriage. I applaud the court’s ruling as a major step in recognizing full civil rights for LGBTQ people. The ruling is cause for celebration.

Unitarian Universalists have been vocal supporters of equal rights for LGBTQ individuals for decades. In 1996, the UUA passed a resolution in support of the right to marry for same-sex couples, the first religious denomination to do so. We have been party to amicus briefs in all the major freedom to marry court cases, including Obergefell v. Hodges.  I am grateful for the unwavering dedication and commitment by Unitarian Universalists in support of marriage equality.

In celebration of this historic victory for equal rights, selected Unitarian Universalist ministers and congregations will offer free weddings for same-sex couples nationwide.

Marriage equality illustrates that love has no boundaries. And while today we celebrate this victory in the name of love, tomorrow we rededicate ourselves to achieving full legal protection for LGBTQ people in all spheres of our society.” 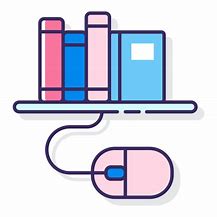